BIG BYE BYES
Posted by UNITY at 04:12 No comments: 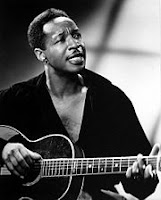 Labour and political songs have existed since the beginning
of the 19th century ranging from worker and abolitionist songs to
farmers’ laments and spirituals.

The songs tended to appear in broadsides and song sheets as well as labour publications.By the beginning of the 20th century a tradition had been established of using songs for labour organising goals- the ‘Wobbles’ being the organisation most associated with this means of agitating and organising.

Their first publication was ‘Songs of the workers: On the road in the jungles and the shops’ in 1909 . It was better known as “The Little Red song book “ and was designed to fit into a shirt or back pocket .Key songs included- “Casey Jones- The Union scab”, T-Bone Slim- “I’m too old to be a scab “, Ralph Chaplin,” Paint er Red” to the tune of “Marching through Georgia” -not forgetting the Marseillase and ‘The Internationale’. The socialist party also printed songbooks as did various labour unions at this time.

Joe Hill was a key IWW organiser who traveled widely organizing workers and writing and singing political songs. He coined the phrase "pie in the sky", which appeared in his most famous protest song "The Preacher and the Slave (1911). The song calls for "Workingmen of all countries, unite/ Side by side we for freedom will fight/ When the world and its wealth we have gained/ To the grafters we'll sing this refrain." Other notable protest songs written by Hill include "The Tramp", "There Is Power in a Union", "Rebel Girl", and "Casey Jones--Union Scab".

Another one of the best-known songs of this period was "Bread and Roses" . It was sung in protest en masse at a textile strike in Lawrence during January-March 1912 and has been subsequently taken up by protest movements ever since.

In the Thirties the American CP and individual CIO unions published numerous songbooks-The ‘Red songbook’ of 1932 included IWW songs such as the aforementioned “Preacher and the Slave”, “Hold the Fort” and Aunt Molly Jackson’s “Poor Miners’ Farewell”. And the Spanish Civil war generated many folk-style songs supporting the Republican side- (A Las Barricadas remains a popular song for anarchist militants to this day).

The ‘Brookwood Chautauqua songs’ booklet-from the later 1930’s-published in Katonah,NewYork, with the slogan “A singing army’s a winning army”, began with “Solidarity Forever”, and included “Victory song of the Dressmakers”,
“The Soup Song” and “March Song of the Workers”.

‘Commonwealth labour songs’ appeared in 1938 and included a similar line-up with “The International” and ending with “Old John Lewis “(to the tune of old McDonald had a farm). The goal during the depression was to get catchy folk song style songs that could be easily remembered to spread throughout the country-e.g.' The CIO’s in Dixie' to the tune ‘Dixie’ issued by the Birmingham Industrial union council, and “The Workers Marseillaise”- the steel workers battle hymn (to the tune of hold the fort) did just this.

“Songs for America.-American Ballads, Folk Songs, Marching songs, songs of other lands” appeared in 1939, a rich and varied group of songs that included “The Star Spangled banner , the ‘International,’ Spanish civil war tunes “Kevin Barry” and “The Ballad of the Chicago steel massacre”.

Unions such as the ILGWU published “Everybody sings’ and in 1942 the New York State Federation of Teachers Unions issued “Sing with the Union”.

There were individuals too who promoted rural protest songs that reached the North. Memphis born Bob Miller wrote scores of songs and published a portfolio
“Songs of the Almanac singers” in 42. Poet and journalist Margaret Larkin publicised “The songs and struggles of Ella May Wiggins”, who had been shot in 1929 during the Gastonia textile strike.

In addition there were also labour orientated schools, such as the Highlander Folk school in Monteagle, Tennesse, Commonwealth college in Mena, Arkansas, The Southern school for workers near Ashland, North Carolina, and the socialist Brookwood Labour school in Katonah, New York. Hancock wrote “Ragged are We” and “There are mean things happening in this Land” while organising for the Socialist- connected STFU.

By the early forties there were a number of labour records available but it was the ‘Almanac singers’ who were most associated with conscious organising songs .
It was formed by Pete Seeger, Lee Hays and Millard Lampell in early 1941-it led to
“Songs for John Doe- peace songs” and “Talking Union” – once again labour songs that were written to catch on . “The Almanac singers” lasted only two years but laid the basis for the folk revival in the 1960’s .Other labour orientated groups recorded during WW11 included “The Priority Ramblers and the Union boys” and Woody Guthrie. Alan Lomax was heavily responsible for shaping the careers of Guthrie, Leadbelly, Burl Ives, Josh White, and Peter Seeger – to the point where they were sometimes called “the Lomax Singers”.

A similarly influential folk music band who sang protest songs were ‘The Weavers’, Pete Seeger being its main member. The weavers were the first American band to court mainstream success while singing protest songs, and they were eventually to pay the price for it. While they specifically avoided recording the more controversial songs in their repertoire, and refrained from performing at controversial venues and events (for which the leftwing press derided them as having sold out their beliefs in exchange for popular success), they nevertheless came under political pressure as a result of their history of singing protest songs and folk songs favoring labor unions, as well as for the leftist political beliefs of the individuals in the group.

Despite their caution they were placed under FBI surveillance and blacklisted by parts of the entertainment industry during the McCarthy era, from 1950. Right-wing and anti-Communist groups protested at their performances and harassed promoters. As a result of the blacklisting, the Weavers lost radio airplay and the group's popularity diminished rapidly. Decca Records eventually terminated their recording contract.


Woody Guthrie’s influence was huge and Dylan was only one of many who was inspired by the Oklahoma Bard in the Sixties. Sis Cunningham had been a member of the Almanac singers in the forties with Guthrie, Seeger and Bess Hawes. Together with her husband Gordon Friesen she launched the magazine “Broadside” in New York on the encouragement of Seeger and Malvinas Reynolds in February 1962 (it was subtitled “A handful of songs about our times).

Broadside was seminal because it published the songs that the more mainstream ‘Sing Out’! would not. Its first issue contained Reynolds “ “Come clean Blues and Dylan’s “Talkin John Birch Society blues” about a right-wing racist organisation-it was his first published song. Dylan , Tom Paxton, Phil Ochs, Len Chandler and Peter LaFarge would meet monthly in Sis and Gordon’s’ cramped apartment and record their new songs, which would be transcribed before then appearing in the magazine. This inspired other political songwriters to send their demos and tapes to Broadside from around the country. The magazine included articles, letters and illustrations capturing the rapidly changing political climate of the 60’s and only folded in the 1980’s.

The civil rights movement in the sixties, as opposed to the labour movement, became the inspiration for organizing songs-with Guy Carawan –the music director of the Highland Folk school in Tennessee being central to this change.. He made field recordings of the civil rights movement and introduced “We shall overcome” in 1960 which rapidly became the Civil rights anthem. It was one of many mass organising tool songs derived from familiar gospel tunes.

Dylan, Odetta, Josh White, Joan Baez and Peter Paul and Mary performed during a pre-march concert on the day of the historic march on Washington in August 1963. Later in the day, Dylan , the Freedom Singers, Peter Paul and Mary , opera
Star Marian Anderson, and gospel star Mahalia Jackson sang to the mass crowd.
Sadly the only black artists directly involved in civil rights actions were Harry Belafonte and Nina Simone. Ray Charles and James Brown represented black consciousness in their music but avoided overt civil rights concerts and events. Berry Gordy, owner of Motown, issued civil rights records , but was slow to urge his acts to get involved.

Civil rights songs were used from the summer of 1964 to encourage voter registration in the South at Civil rights workshops and Folk festivals such as the Northern District Mississippi Folk festival and Greenwood Festival.

The civil rights movement , in turn, led to campus organising and the founding of the S.D.S (Students for a Democratic Society) in 1960 and the University of California Berkeley Free speech movement in 64,with Baez singing “The Times they are a changing” and “We shall overcome” at the initial protest.

As fighting escalated in Vietnam , folk music began to serve as a rallying cry for the mounting peace movement . A ‘sing in for Peace concert’ at Carnegie Hall in mid-65 featured 60 performers including Peter, Paul and Mary , Baez and the Freedom Singers, attracting 5,000 people. Peace songs were used to swell the crowds at
anti –war rallies with 'Broadside' and 'Sing out' publishing both old and new peace songs. 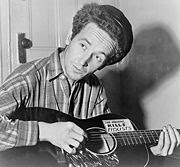 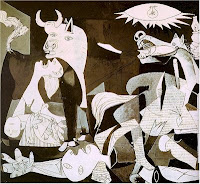 http://www.english.uiuc.edu/maps/scw/scw.htm
Posted by UNITY at 08:37 No comments:

Culture and Revolution in the Thought of Leon Trotsky.

Culture and Revolution in the Thought of Leon Trotsky.

The Culture of the Old World

Leon Trotsky, Two Literary Souls at the Mercy of the Metaphysical Demon

Leon Trotsky, On the Novel in General and on The Three of Them in Particular

Leon Trotsky, On Death and Eros

Leon Trotsky, The Vienna Secession of 1909

Leon Trotsky, On the Intelligentsia

The Culture of the Transition Period

Antonio Gramsci, A Letter to Leon Trotsky on Futurism

Leon Trotsky, For Quality -- For Culture!

Culture Under the Dictators

Leon Trotsky, The Attitude of Men of Letters

An Interview with Jean Malaquais

Leon Trotsky, You Must Not Whisper

Leon Trotsky, Difficulties With Diego
Posted by UNITY at 13:28 No comments: